The magic of Christmas is taking on extra significance this year with a sleigh of initiatives to bring the Singleton community together to spread plenty of festive cheer, support each other and the economy.

It’s been another tough year, but it’s time to spread the Christmas cheer as we re-open in time for Christmas shopping! 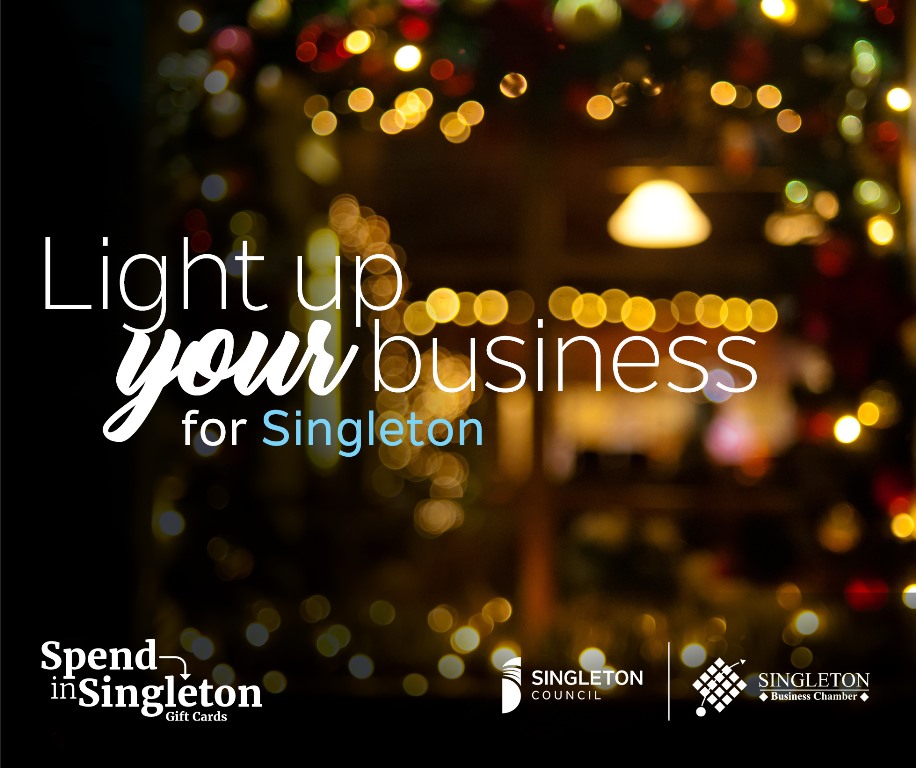 Light Up Your Business for Singleton

Local businesses are being encouraged to decorate their window fronts to bring the Christmas cheer back to Singleton. What’s more, the community will be asked to vote on their most favourite Christmas window display of participating stores with the winning display to win a $1500 Spend in Singleton gift card for their business and receive a $500 gift card to donate to a local community group of their choice.

Vote For Your Favourite Display

Voting will close Sunday 19 December 2021. Winners will be announced on Monday 20 December 2021 via live stream on the Singleton Business Chamber Facebook page.

All Seasons Hunter Pools and Woodfires

All children that report a sighting will go in the draw to win one of 50 $25 Spend In Singleton Gift Cards. Winners and sighting will be announced on Monday 20 December 2021 via live stream on the Singleton Business Chamber Facebook page.